Generation Z represents those born after the Millennials or Gen Y between the years of 1995-2010. They are also referred to as the Digital Natives, Gen Tech, Internet Generation, or iGeneration, primarily for their level of comfort with technology.

Since Gen Z constitute nearly a quarter of the world population, it has become more important to really understand this generation and what excites and matters most to them.

Gen Zers are known to have technology embedded in their DNA. As individuals, they are fiercely independent, and love to be constantly connected to family and friends. They have a futuristic outlook and have seen their families cope with weak economies, which makes them believe in saving and spending cautiously. As consumers, they are image and health conscious, self-aware and truly believe in guilt-free consumerism. One of the reasons for this could be that this generation is the most racially diverse of any generation in the U.S.; 55% are Caucasian, 24% are Hispanic, 14% are African-American, 4% are Asian, and 4% are multiracial. Food and clothing are key areas of expenditure, at nearly 21% of their budget.

A number of brands are already trying to leverage some of these insights into Gen Z while designing campaigns targeted to this population.

“The Ahh Effect” campaign was launched by the Coca-Cola for teens. The idea was to create a completely digital experience for this age group. The “Ahh effect” program includes a mobile and desktop microsite (https://www.ahh.com) with 61 unique pieces of content. These quick bits of branded content include games, playlists and images for teenagers. The digital and social oriented campaign engages teens on their smartphones wherever they are. Within six months of the campaign, some 4 million consumers had visited the 40 websites affiliated with the effort, staying for an average of 2-plus minutes each. About half the traffic has been organic, meaning the target — in this case, a teen — has shared the media with a friend. 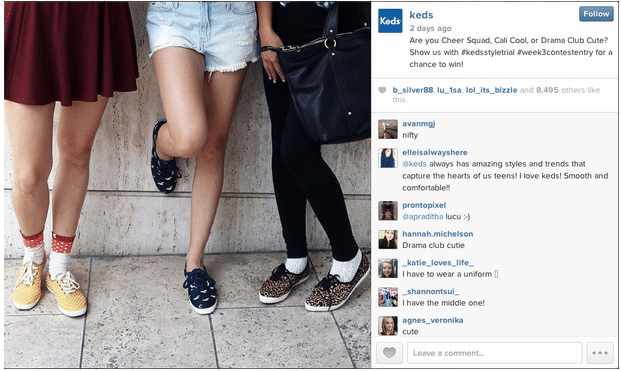 Brands such as Keds, Teen Vogue and Hollister, also understand the importance that this generation places in maintaining their image, and teamed up for the KedsStyleTrial campaign run on the most popular digital channels like Instagram, Tumblr and Twitter.

Pauls, an Australian Dairy brand and Warner Bros. Entertainment teamed up to attract kids wanting healthier eating options, using augmented reality cartoons on yogurt packs. Pauls Natural Yoghurts, marketed as a healthier yogurt, has packaging which features codes to be scanned by a smartphone or tablet app. Once scanned, the code takes users on an “entertaining adventure” with Scooby-Doo and his detective friends.

Another brand that is trying out the social media site Snapchat in the UK is the Co-Operative Retail, which ran a coupon campaign in the autumn targeting students and offering £30 off on laptops. Co-Operative Retail ran mobile ads directing people to a site where consumer could sign up for a discount code via Snapchat. Research from the Co-Op’s consumer panel shows that one in five in their target audience was aware of the campaign and one in ten took part.

There appears to be a paradigm shift in brand marketing. While previous efforts were focused on integrated marketing messages across different channels in a fairly one-way communication, it is now all about engagement and experience platforms, requiring an equal participation by the target audience, driven by their needs. Only time will tell if brands are agile enough to judge this change in customer expectation and leverage it for business benefit.

By Anil Damodaran and Richa Misra

Anil is an accomplished business leader and marketer with over 15 years of experience in the marketing analytics space. He currently manages Go-To-Market & Product...
Read More

Data and Analytics Trends for 2023 You Need to Know About

Consumer Insights: Types and Use Cases for Impactful Brand Decisions