In February 2016, Zika virus was declared as a Public Health Emergency of International Concern (PHEIC) by WHO due to its potential harm to fetuses. The virus was widely unknown until recently since its discovery in 1947 in the Zika forest of Uganda.

Zika virus, a flu-like virus, is mainly spread by female mosquitoes of the genus Aedes, also responsible for dengue and chikungunya. The infection can also be sexually transmitted. Zika virus is rarely fatal in the infected individual with 1 out of 5 victims falling ill. In most cases, infected people do not seek medical attention due to lack of distinctive symptoms.

Why is it a Serious Concern?

The reason why Zika virus has been declared as a PHEIC by WHO and is even being considered as a “pandemic in progress” by some doctors is because of its devastating birth effects. When Zika virus infects pregnant women, it may cause microcephaly (a congenital condition associated with incomplete brain development) in newborns, leading to unusually small heads and brain damage. The severity of the microcephaly varies, but can be deadly if the underdeveloped brain fails to regulate vital life functions. The virus can also cause blindness, deafness, seizures, and other congenital defects in the newborns.

Zika virus has also been associated with Guillain-Barré syndrome, a rare nervous system disorder that may lead to temporary paralysis.

Zika virus is quite common across Africa and Asia. Since 2014, Zika virus has spread rapidly around in the Caribbean and Latin American countries. It is now gradually spreading to other parts of the world as well.

Zika virus may be spread by infected people via mosquitoes as carriers during the first week of infection. Some cases have reported viral RNA of Zika virus in semen for more than 2 months, even after symptoms have disappeared. Pregnant women are advised not to visit countries where Zika virus has already spread and should refrain from unprotected sex with partners who have visited these countries.

Since there are no drugs or vaccines currently available to treat Zika virus, preventive steps should be taken to avoid or minimize exposure to mosquito bites. These include sleeping under mosquito nets, using insect repellant/screens, and wearing outfits that completely cover the body, especially in infected countries.

However, if already infected, get plenty of rest, drink lot of fluids to stay hydrated, and take regular medications to relieve pain and fever.

Considering the imminent global threat of this disease, many institutions have quickly started developing vaccines in response to Zika virus. The National Institute of Allergy and Infectious Diseases (NIAID), NIH, has already started a Phase 1 clinical trial in human volunteers for an experimental DNA-based Zika vaccine. Similarly, Inovio Pharmaceuticals has also initiated human clinical trials of a DNA-based vaccine.

Researchers at Harvard’s Beth Israel Deaconess Medical Center (BIDMC) and the Walter Reed Army Institute of Research (US) have developed 3 experimental vaccines known to show great promise when tested on mice and monkeys. Of these 3 experimental vaccines, 1 is expected to enter the clinical trial phase shortly. Among the existing drug classes, scientists have found 3 lead compounds that can reduce neuronal cell death caused by Zika virus infection. These include Niclocide (approved), emricasan, and PHA-690509 (experimental). However, further research is needed to confirm the long-term safety and clinical activity of these experimental medicines.

Will medical science be able to deliver a cure or vaccine to rescue humanity:
A Course5 Perspective 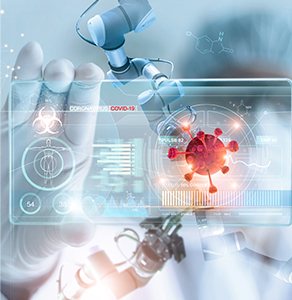