The Shield: Giant Strides for Nvidia

The last few months have been busy for the Android gaming segment with the launch of three much awaited consoles. The first one to launch was the much delayed gaming tablet, the Wikipad, which hit stores last week to lukewarm response. This was followed by the release of the highly anticipated micro console, the Ouya, for whom the jury is still out, as discussed in our previous post – Sink or Swim Time for Cornered Ouya. The last big launch comes from NVidia with their handheld console, the Shield, which will hit stores sometime in July 2013.

The console has been provided to a number of early investors and reviewers and on first glance the console’s specs are impressive. The Nvidia Shield boasts of a 720p 5 inch touch screen display and will be the first device to feature an NVidia Tegra 4 ARM Cortex-A15 quad-core processor. It also has 2GB of RAM, 16GB of storage, stereo speakers, Wi-Fi, Bluetooth, GPS, and HDMI output.

Some of the other attractive features that have appealed to early adopters have been the graphics quality of the games, the ability to connect the console up to a TV for big screen gaming and the ability to wirelessly connect to the user’s PC and stream full PC and steam games to the Shield.

It isn’t all good news for the Shield though with the console coming in for criticism on some key aspects such as the design and weight, and the $299 retail price tag, which makes it the most expensive portable console in the market. The high price combined with the nascent stage of Nvidia’s gaming platform-the TegraZone-creates some uncertainty over Nvidia’s capabilities to provide a sustainable gaming ecosystem to compete with established players like Sony and Nintendo.

Overall, Nvidia is happy with the progress it has made so far. The company sees the Shield as the first step towards the mobile market as it looks to diversify from a saturated and declining PC segment. The Shield has allowed Nvidia to showcase the capabilities of its flagship product, the Tegra 4 processer. It has also allowed Nvidia to make inroads in the Android console gaming market. Apart from supporting the Ouya and the Wikipad with its Tegra 3 processor, Nvidia has also developed controller standards which are now being followed by companies like Ouya, Gamestick, WikiPad, Nyko, Moga and Steelseries,

While the verdict is still out on the commercial success of the Shield, the initial response received has gone a long way in legitimizing Nvidia as a serious stakeholder in the mobile gaming and alternative console market.

View our infographic, for more.

"Result driven and self motivated marketing and strategy professional with over ten years of experience in Consumer insight , account management and business development with...
Read More 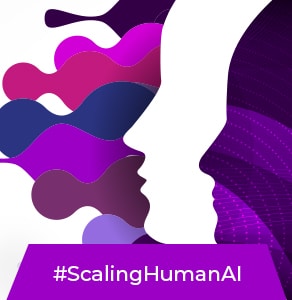