The evolution of Cloud Data Centers

The rapid adoption of cloud computing is driving the concept of offsite data computing and storage, increasing the share of “cloud” within the data center. 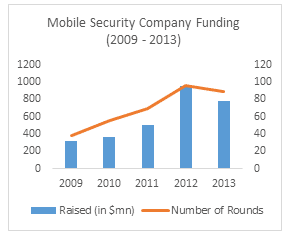 Currently, traditional data centers are facing various challenges in terms of confluence of performance, capacity and infrastructre complexity due to the data explosion and rising need for scalability. With exploding data volumes, where exabytes are the current norm and Zettabytes coming around, the traditional incremental approach of adding infrastructure to support data growth will no longer offer the scalability to face the challenges that are unavoidable in cloud computing.

Due to these dynamic changes, investments are pouring from various vendor segments into the datacenter markets. Traditional technology players turned cloud service providers like Microsoft, IBM and Google are investing heavily in data centers to expand their cloud businesses.

Amongst the major cloud service providers, Google has the highest number of cloud data centers with 40 globally. Their data centers are highly concentrated in the US and Europe. Google’s data center power is enabling the vendor to compete with the IaaS market leader, AWS, and helping it to differentiate on performance. After Google, IBM is close behind with significant expansions to 40 facilities that will be highly scattered across North America, Europe, and Asia, and slightly in South America and Australia. IBM will add new facilities at China, Washington, Dallas, Hong Kong, London, Japan, India, Canada, and Mexico in 2014 and the Middle East and Africa in 2015. Microsoft has 18 cloud data center facilities, which is relatively low compared to that of Google and IBM, but are hyper scaled. Google and Rackspace have good proportion of data centers in Europe, after US, while AWS, IBM and Microsoft are focusing on Asia Region.

If you interested in learning more, please visit our related infographic.

Causal Learning – The Next Frontier in the Advancement of AI

Cookieless Analytics is an Ultra-Marathon (Not a Sprint)