Taking on the Global Threat of Climate Change

Carbon emissions have been increasing around the world, leading to the noticeable changes in the climate. “Climate change” refers to any significant change in the measures of climate lasting for an extended period of time. This includes major shifts in temperature, precipitation, wind patterns, or other effects that occur over several decades or longer. There is now overwhelming scientific consensuses that support this change – and that is fuelled by humans and carbon emissions.

Climate change occurs as increased amounts of gases in the atmosphere allow the sun’s light to reach the earth, but trap its heat radiating back from the surface.  Because the effect is similar to the way that the inside of a car or a greenhouse heats up on a sunny day, these gases are sometimes referred to as “greenhouse gases.” The most important greenhouse gas is carbon dioxide, emitted from the burning of fossil fuels and the clearing of forests.

The biggest effect of this greenhouse gas pollution is the warming of the planet. The average temperature of the globe has risen 1.3 degrees Fahrenheit since the turn of the last century. For many years, large, influential businesses and governments have been against the idea of global warming. However, after decades of conclusive scientific research, we know now that the effect of human-caused emissions on the climate is unmistakable — the changes we have seen in this time period are far beyond what a natural climate shift would produce. Projections for the future indicate that unless we reduce the rate of greenhouse gas emissions, we could be headed for a 5-10 degree Fahrenheit rise by 2100.

One of the first steps taken by the countries across the world was to assemble, gauge the scale of pollution and take comprehensive measures to curb it. Over the last two decades, United Nations (UN) Climate Change Conferences directly dealt with climate change challenges. However, these conferences were focused on global negotiations on climate change and greenhouse gases measurement. The 2009 United Nations Climate Change Conference (UNCCC) signed a global agreement, that failed because key governments did not want a global deal, strategies were misdirected and there was complete misalignment between the US and EU political system.  In 2012, UN Climate Change Conference agreed on a Doha Amendment to establish a second commitment period of the Kyoto Protocol, but with loopholes, it limited value on carbon emission reduction rate. The major reason for the Doha Amendment failure was that it blocked tactics by the United States regarding the adoption of a comprehensive work plan for the negotiations.

Quite recently, the 21st UN Climate Change Conference was organized in Paris from November 30- December 11, 2015. The key objective was to take stock of an alarmingly high amount of present-day pollution and due to expected implications, push forward actions that would legally bind nations with an agreement for reducing global warming through their individual participation.

The Paris Agreement marked the culmination of years of groundwork laid in the aftermath of a failed attempt at achieving a previous global agreement at a 2009 climate conference in Copenhagen. Countries settled on a bottom-up approach which allowed each nation to submit its own plan to reduce greenhouse gas emissions rather than trying to agree on a one-size-fits-all strategy, greatly simplifying the job of negotiations. This conference also produced new goals and objectives for carbon emission reduction through the:

With these objectives set, only time will tell if all can be achieved. Did they consider all the aspects of global climate change? What will be the impact of “Paris Agreement” standards across various industry verticals? Blueocean Market Intelligence will explore answers to these questions in our next blog, so stay tuned. 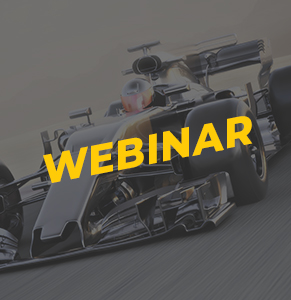