GameStick is an Android-based gaming console that attempts to turn the entire mobile gaming experience into a rich, console-style living room experience – even if the console we speak of is a tiny three-inch stick that is plugged into a television’s HDMI slot. Paired with a wireless Nintendo-type Bluetooth controller, this portable console offers instant access to a growing library of inexpensive Android games which are available for download from the onscreen menu. However, GameStick is not the first device in the android based micro-console space.

2013 has been a big year for the Android gaming hardware market. blueocean has already examined OUYA in our previous blogs, but the Mad Catz M.O.J.O. ($250), NVIDIA Shield ($299), Wikipad ($250) and the forthcoming Archos GamePad 2 ($200) are also popular consoles to consider. 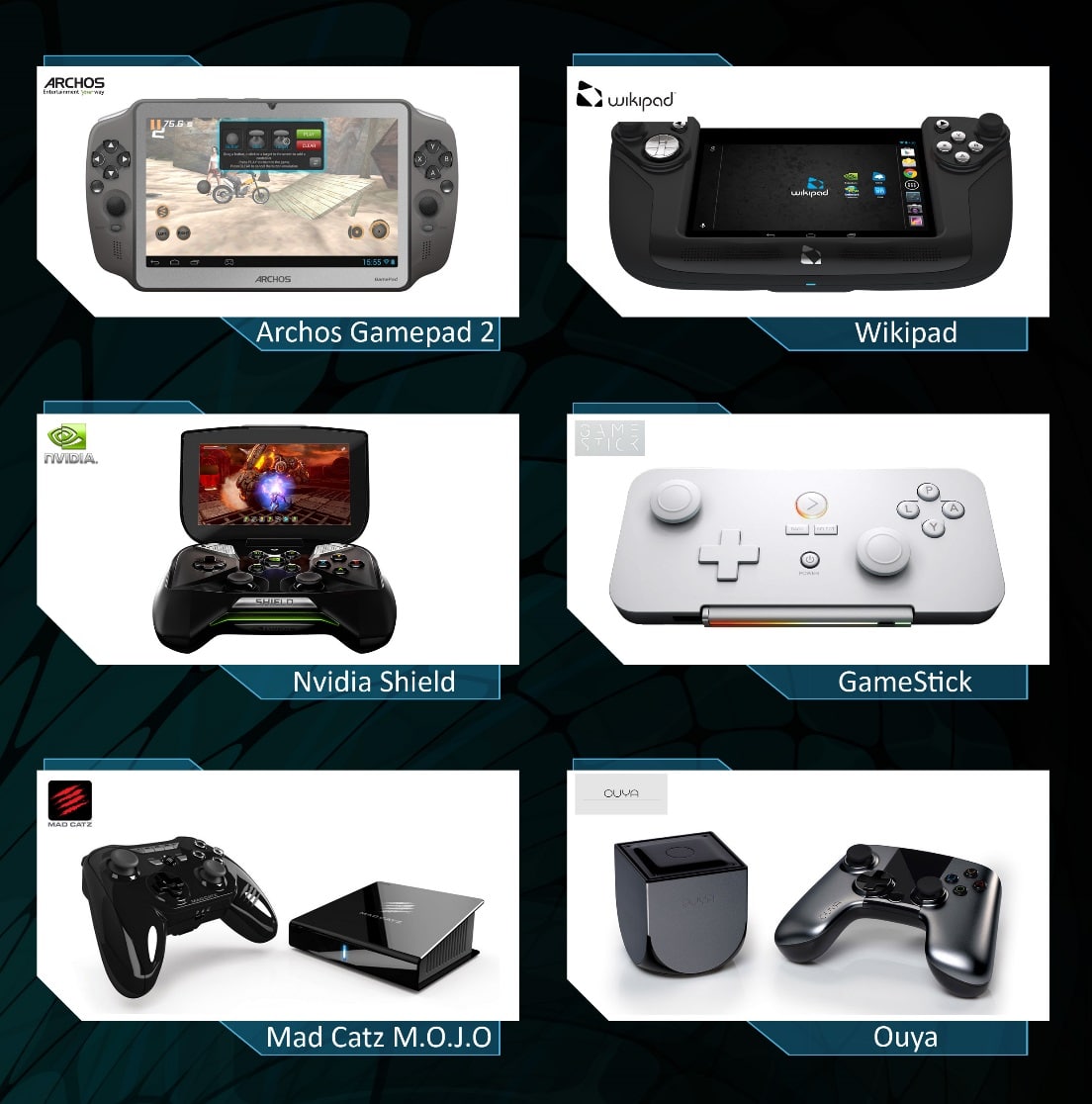 Amongst all these, OUYA is the leading competition. While OUYA wins in terms of hardware specs and number of games, the GameStick has a leg up on price ($80 versus $100).

While there aren’t a lot of free game titles on the GameStick console, there are no in-game payment surprises either. OUYA might make all the games free to play at some level, but there is often no way of knowing if and how gamers might need to pay to progress to subsequent levels. PlayJam just announced that it will concentrate on the “mid-core” gamers and continue to mix Indie titles with those from bigger publishers.

Other direct competitors to GameStick are the Android USB sticks, better known as pendroids. With one of these, and a Bluetooth game controller (such as one from Gametel) gamers can effectively create a setup very similar to GameStick for nearly the same price. Gamers also have full access to the entire Play store, an option for other apps, internet browsing, YouTube access and more.

The reception has been rather positive for the GameStick’s minimalist design and low cost console. Users and experts have expressed concerns towards the limited game selection, underpowered CPU that cannot play the latest Android games, and lock-down of the software and hardware.

GameStick users have reported widespread issues with the microconsole, including UI freezes, the tiny device heating up fast and problems connecting to wireless internet.

PlayJam has even taken to GameStick’s Kickstarter page to report issues like inability/difficulty in connecting to the internet, UI stuck on ‘searching for updates,’ GameStick heat, open box seals, and registered users not being able to complete the online activation.

Reviews from experts have been rather mixed. Venture Beat said it was more accessible than the Android rival Ouya, thanks to its “simple setup process and superior controller.” However, it did say that it occasionally froze and rebooted. The Verge gave it 4.5 out of 10, noting its “questionable build quality,” while The Gadget Show awarded it an impressive 4 out of 5.

GameStick can make for a great and affordable solution for parents who want to let their children play mobile games without the need for a smartphone or a tablet. Parents can control the content their children can see and all purchases are password protected, even if the games are bought in quick succession. The GameStick doesn’t have a web browser.

If PlayJam can focus on securing some advanced, more sophisticated titles, rather than just casual games, the GameStick could prove that ‘small’ doesn’t necessarily have to mean ‘lightweight.’ Ultimately, if gamers are sitting down to play games on the big screen, it is likely they have all the time and desire for immersion.

The larger brand competitors already have a head start in the market, so GameStick still has some challenges ahead. (Unless, PlayJam is not looking to compete against the larger consoles at all).  For those who want fun, family-friendly games for the kids or spare room, the GameStick is a great solution, even as-is today.

Smart Data Discovery – The Future of Analytics and Business Intelligence

The Rise of the 3rd Force in Retail: Social Commerce