Over the recent years, the growth and uptake of ‘Cloud Computing’ technology has been phenomenal. Organizations have begun using ‘as-a-service’ computing resources – in the form of Infrastructure, Platform and Software, to provide value to their businesses. These three categories of cloud computing models, have drastically advanced and are redefining the way one views IT infrastructure, technology, coding or installing software.

IaaS has evolved as the major and the most mature category among the cloud computing services. Customer exploration of cloud, particularly IaaS, has increased significantly, resulting in an increase in both the demand for and adoption of the service. Significant advantages of IaaS are: reduced IT burden during peak load, lowered IT management costs, flexibility, service availability and more. With the core components of IaaS – compute, storage and networking as the base, the market leaders have introduced various differentiators by way of use cases and touch points in IaaS category. Significant among those are serverless computing, cognitive computing, distributed computing frameworks in the form of IOT, container as a service and emphasis on microservices architecture.

But while there is a steady rise in the adoption of infrastructure services, innovation continues to remain stagnant. In terms of cloud offerings, while the top providers are able to differentiate in terms of adding newer VM types, providing innovative pricing models, expanding to additional regions and adding interconnect networks, they have not done much else in terms of further innovation. Additionally, there is a perception among cloud users that the distinction between IaaS and PaaS is blurring. Some are still wary of adopting IaaS, mainly due to security concerns and vendor lock-in.

PaaS has opened up the software development process in a way that it allows anyone, and not just developers, to develop software through the use of point-and-click frameworks, pre-built integration algorithms, and command line interface manipulations. PaaS users are totally hidden from the underlying infrastructure and do not need to explicitly provision it, except that they are responsible for monitoring application performance In recent years, PaaS is viewed in combination with microservices and concepts like containers and DevOps, which broadens its scope for innovation.

PaaS is not yet a very mature market and is still at the early stage of adoption. PaaS offerings also have a confusing marketing message. To complicate its use further, PaaS can be delivered as a managed service, be managed on-premise, or be hosted on either private or public clouds. Thus, each PaaS provider adopts a different approach to PaaS, and so there is no standard that can be used to compare these solutions. Additionally, PaaS solutions lack operational features. Specifically, when most enterprises are moving to a multi cloud environment, the PaaS solutions are not yet fully equipped to work seamlessly on top of multiple infrastructure solutions.

SaaS is the best-known segment of the cloud computing market, mainly due to its large number of users, and also because many people are likely to gain first-hand experience with cloud-based apps such as Office 365, Salesforce, Box, and so on. Companies that use SaaS instead of traditional on-premise software, benefit from a more flexible business model, improved financials, easier upgrade path, more operational flexibility and a better support model. Furthermore, SaaS contracts are usually monthly, so customers aren’t locked in long-term deals.

But one size of enterprise software does not necessarily fit all potential customers. SaaS apps are essentially becoming more complex, as all the low-hanging fruits for simple SaaS apps have vanished. There is also the perception that more complex apps are becoming more expensive to scale. While the upfront costs of SaaS adoption are low, the customers are wary of hidden costs.

Indeed, SaaS doesn’t solve all enterprise software issues: Enterprises use hundreds of applications that are not well integrated, which could result in security and information consistency issues. Additionally, driving frequent product updates may cause frustration among users who are accustomed to a certain workflow. The very ease with which users can purchase software services also means it is just as easy to disengage on a whim.

Ownership vs Subscription: Which is better for Customer Experience? 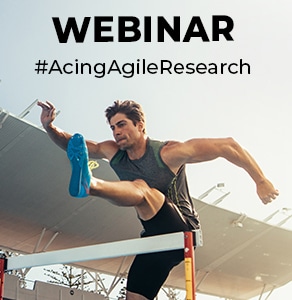